The wind sector is growing faster than ever before, thanks to the global push toward renewable energy sources. Europe has become a stronghold for this growth, and innovation, and has established wind power as a key component in energy supply. Growth, however, also brings challenges and the sector must now decide how to continue being as efficient in increasingly demanding environments. Bolted connections are key and Nord-Lock washers are continuously being refined to improve safety and efficiency for wind applications.

Combating climate change is a vital goal for European countries and this has fueled both demand and technological advances throughout the renewable energy sector. The signing of the Paris Agreement in 2015, elevated this issue to the global stage and signaled a seismic shift not only in knowledge about the potential of renewable energy but also in investments moving from oil, gas, and coal, to wind, solar and hydroelectric power generation.

This shift has allowed wind power to enjoy significant growth. “The wind sector has grown substantially in the last 10 years,” says Tobias Klanck, project sales engineer at Nord-Lock Group. “A major reason has been the agreement to reduce C02 emissions and limit the global temperature increase to 2°C.” Large commercial wind turbines have now become an integral part of the European landscape and colossal offshore windfarms pump more and more megawatts of power into national electricity networks. According to WindEurope, 2017 was a record year for the European wind energy market with 15.6GW of new capacity added, up 25% from 2016. Wind energy now covers 11.6% of the European Union’s electricity demand.

Wind projects becoming more ambitious
Political support and business investments have allowed wind projects to become more ambitious than ever before. In 1980, the average wind turbine was 15m tall. In 2021, General Electric plans on completing the biggest turbine in the world at 260m. Although larger sizes are more cost-efficient and allow turbines to produce more electricity, they also present an increased number of engineering challenges. Structures of that size are much more difficult to transport and install, and must withstand a huge amount of pressure during their working lives. “Wind turbines are getting bigger; now we are at 8MW per turbine, which will increase in the coming years,” says Tobias. “That means bigger components, as well as more bolted joints, as parts need to be split for transportation.”

Accurate and reliable bolt securing is critical to the structural integrity of wind turbines as it allows all parts of the application to stay together. This is especially important as turbines are often built in remote locations that experience extreme weather patterns. This means that their bolted joints are under constant stress from the elements, with even average winds causing a huge amount of vibration. 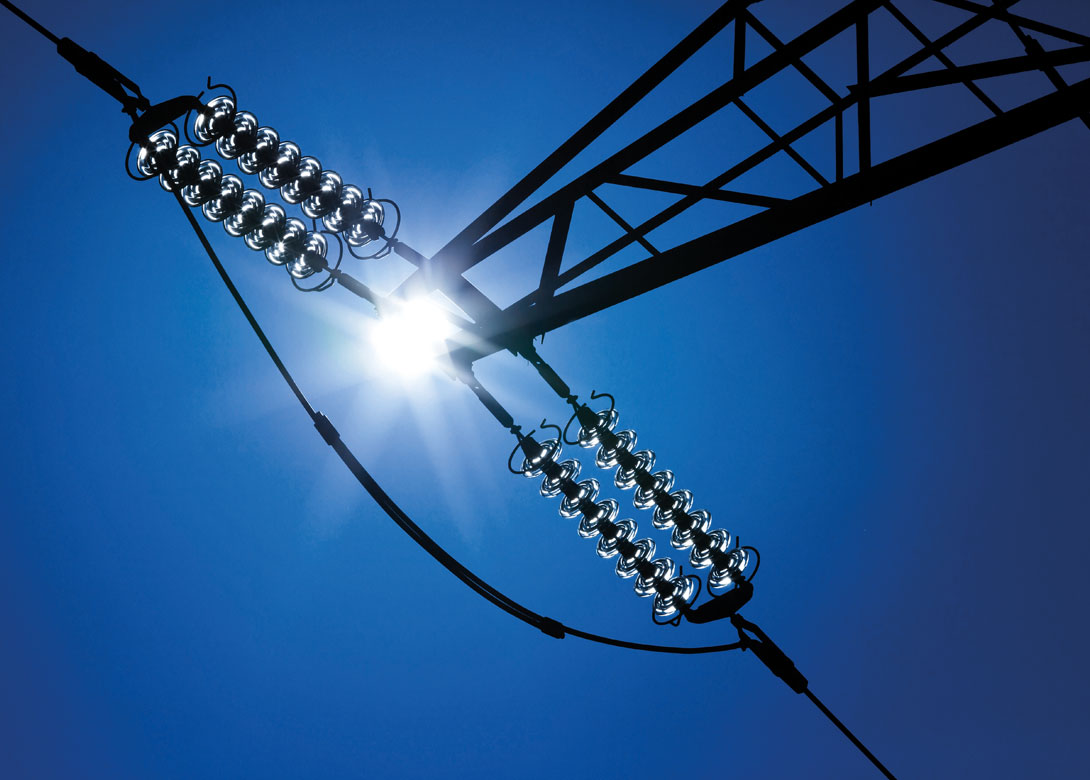 Difficulties of working in challenging environments
Nord-Lock wedge-locking washers are highly regarded within the wind industry due to their ability to not only withstand, but thrive in extreme environments. They use wedge-locking technology, which secures bolted joints with tension instead of friction and prevents the bolt head/nut from rotating loose. Nord-Lock washers go through rigorous testing to ensure that they can operate in difficult environments. These include the Junker vibration test, according to DIN 65151, which is considered the most severe vibration test for bolted connections and ensures that Nord-Lock washers can function, even when used on applications exposed to extreme vibration.

Wind turbine blades are particularly affected by harsh environments as they must withstand not only wind, but also rain, snow and severe storms. Strong and reliable bolted connections are crucial to allow the blades to rotate at high speeds, and for this rotational energy to be converted into electricity.

Wind turbine blades are also becoming lighter than ever before, incorporating soft materials such as aluminium, copper, polymers and sandwich composite technologies. Fastener compatibility is crucial as soft materials increase the risk of slackening in the joint. Nord-Lock X-series washers combine Nord-Lock wedge-locking technology with an innovative spring effect, offering the highest security for applications at risk of damage both from vibration and slackening.

Specialised solutions for offshore
Out of all the existing wind turbine locations, offshore is indisputably the most challenging. As well as facing the same difficulties as turbines on land, offshore wind turbines must also withstand the untamable and often destructive forces of the sea. Bolted connections are especially at risk in marine environments as corrosion can destroy the integrity of bolted joints in very short amounts of time. Nord-Lock washers made from stainless steel and 254 SMO® have a corrosion resistance of PREN 27 and 45 respectively, which ensures they can function in the toughest offshore conditions.

Tobias sees another important issue that is particularly significant for offshore turbines. “Maintaining an offshore wind turbine can be expensive, which means that downtime must be kept to a minimum.” Along with being expensive, retightening bolts in offshore environments is also time-consuming and most importantly, dangerous. “The advantage of using Nord-Lock washers is their extended lifecycle,” says Tobias. “This reduces maintenance time and ensures there won’t be any unforeseen interruptions caused by bolt failures.” All Nord-Lock washers are covered by the Nord-Lock Group Lifetime Warranty, which ensures they will perform as expected from the moment they are installed until the end of their intended lifecycle – even in extreme environments.

Future of the wind sector
In its report on the outlook for wind energy until 2020, WindEurope forecast that growth could continue at an average of 12.6GW in the next three years, with offshore representing a quarter of all installations. Wind energy is also expected to contribute to about 16.5% of Europe’s electricity needs, surpassing hydro to become the largest renewable energy source on the continent.

“Because of the strategy to reduce C02 emissions between 2020 and 2030, renewable energy and especially wind, will keep on growing substantially,” says Tobias. “However, this growth will also cause challenges as different countries have different C02 policies and the global grid must be updated to ensure that the energy is transmitted throughout Europe.”

According to Tobias, the industry will also have to adapt to increasingly extreme weather patterns and ensure that they select fasteners that are innovative in their design and materials, and use processes that can facilitate the necessary advances in technological solutions for decades to come. Manufacturing companies like Nord-Lock Group, with its significant investment in R&D and ever-evolving range of bolting solutions, already plays a key role in providing these solutions to ensure wind efficiency in the most extreme environments.

Nord-Lock Group will be at WindEnergy Hamburg from 25th – 28th September 2018. 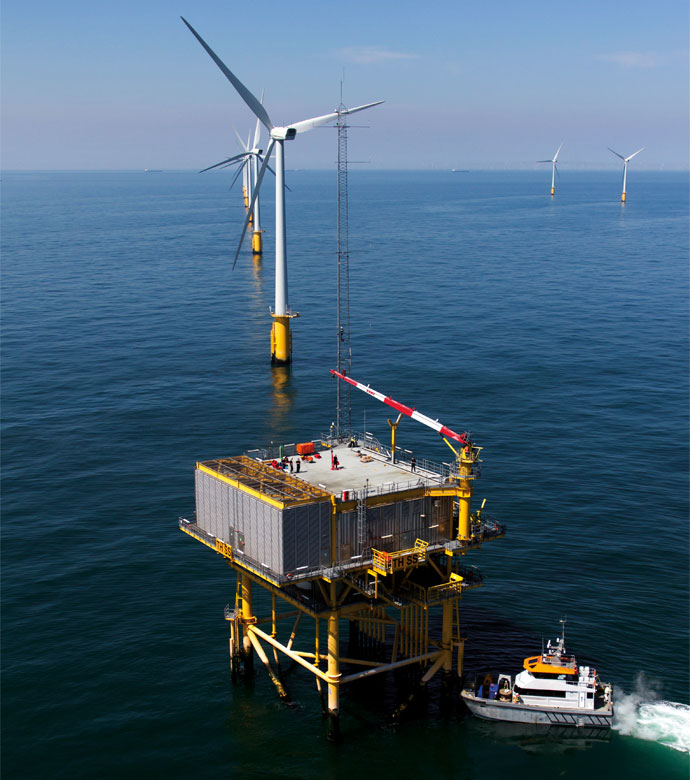 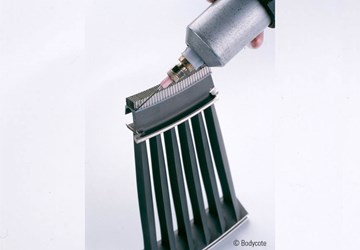