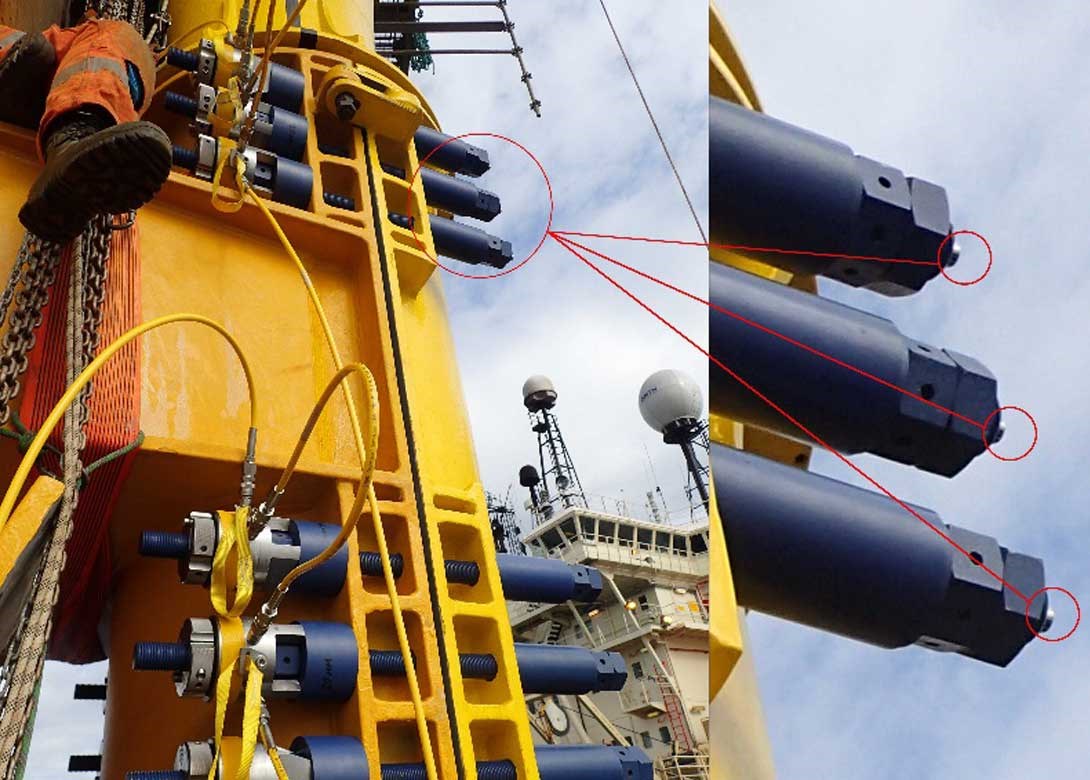 RotaBolt technology is performing a vital role in the Valdemar and Roar Gas Lift projects for Maersk Oil in the Tyra field, on the Danish Continental Shelf about 250km offshore from Esbjerg, Denmark.

In 2014 Maersk awarded TechnipFMC an installation contract for the gas lift projects. The aim was to improve production volume – which had been declining – by the fabrication and installation of two new riser caissons on the Valdemar BA and Roar unmanned platforms. These risers enable import of lift gas to be injected into the wells to reduce the density of the fluids so that they flow more easily. When the produced goods are out of the well, the lift gas is removed from the hydrocarbons and then reinjected back into the well.

The projects were executed in 2015 by Maersk Oil Denmark with TechnipFMC in Norway acting as contractor, and with Denmark-based SubC Partners acting as subcontractor for installation of three large clamps and associated brackets, to fix the gas lift bundle to the caisson, using RotaBolt technology. An order was placed with RotaBolt by TechnipFMC in March 2015 for the manufacture, testing and supply of fasteners ranging in size from M36 to M58 with minimum proof loads of 490kN to 1459kN. The decision was based on numerous important factors, including RotaBolt’s offshore track record and the technical merit of its proposals, the very high pre-load accuracy of the fasteners, its use of top quality materials, and a comprehensive proof-test loading programme.

“We ordered RotaBolts because we believe a strain gauge is the best measure for bolt tension. As long as the indicator cap on the bolt is not locked, no over tensioning is present so there is no risk of plastic deformation in the bolt or in the clamp – we designed it that way. Even if you need to apply a certain ‘theoretical’ pressure, and that proves insufficient to lock the indicator cap, then it is OK to continue to keep on increasing the pressure, but when the indicator cap does become locked you know when you have reached maximum design tension. It makes sense to trust the strain gauge indicator over a ‘theoretical’ pump pressure that has been derived from testing a different flange connection,” explained Karen la Cour Hjelholt, Maersk senior structural engineer, at Maersk. Maersk specifies ‘intelligent’ bolts only when the bolted connection is absolutely critical to structural integrity. On the gas lift projects the bolts support gas lift risers that contain gas under high pressure. The failure of these bolts could have expensive consequences, which is why all the RotaBolts had to be proof-load tested.

Another advantage of using RotaBolts is the tension-monitoring system lasts the life of the structure. Tension can be checked simply and reliably by finger-feel of the indicator cap many years later to ascertain the integrity of a bolted joint. With a standard bolt, joint integrity is known on the day it is installed; but to check this later involves re-tensioning the bolt with power tools, which proves expensive and time-consuming under water.

Karen la Cour Hjelholt continued: “Success criterion for clamp installation is that all RotaBolt caps are locked. If some are loose then the clamp does not have the capacity to resist the design loads. The friction clamps go around key jacket braces, and if these are damaged – for example, by clamp crushing – the three-leg jacket could fail. One major challenge is that international standards do not provide for proof-load testing as default for standard bolts. For example, if bolts are tested to ISO 898-1 there is no requirement to proof-load test. It is up to the manufacturer to decide which tests are needed, so unless the customer specifies proof-load testing there is no guarantee that this will be done. Moreover, if you test a specified percentage of the bolts, you are expecting the remainder to give similar results. This is not good enough for Maersk - we want to test every bolt because they are all critical path.”

RotaBolt has a long history of working on ‘critical path’ bolting projects in many industry sectors, ranging from offshore oil and gas, to nuclear power, wind turbines, petrochemical plant, military equipment and transport infrastructure. The company knows that achieving and maintaining the correct clamping force, or bolt tension, is essential in assuring bolted joint integrity. Reports show that around 85% – 90% of all bolted joint failures are caused by insufficient bolt tension at installation.

“RotaBolt fasteners are measuring devices – highly accurate indicators of clamping force or tension. These modified bolts and studs allow a specific tension to be applied. A finger-feel registering device or indicator cap – which can be used when wearing protective gloves or diving equipment – indicates achievement, maintenance or loss of the designed fastener tension. Standard RotaBolt tension accuracy is +/-5%, which is far more accurate than is possible with a torque wrench or by hydraulic tensioner. We also provide fasteners that indicate upper and lower tension limits as specified by customers. When a standard bolt is traditionally tightened, the bolt tension achieved is largely unknown because it is the tightening force that is being measured, not bolt tension. That is why RotaBolts are used for high integrity bolting systems where joint failure may have a serious cost, health and safety or environmental impact,” commented Philip Shaw, product manager of RotaBolt. 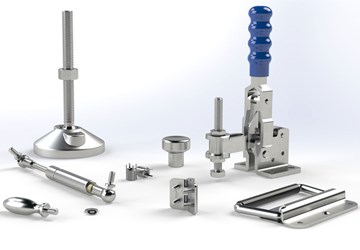 When to specify stainless steel for component parts 10 July 2020 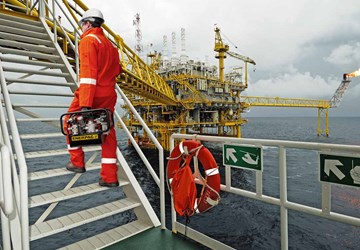